viva portugal  was made by a group of French and West German journalists (the English version was assembled by cinema action), and traces the first year of the Portuguese revolution. Besides documenting the political changes, from the overthrow of Caetano’s dictatorship to the failure of a right wing coup in March 1975 (largely because soldiers questioned their officers’ orders), the film deals with the effect of the revolution on the people. Factory and village committees, independent trade unions, are shown being set up; the plight of the farmworkers and the power of the anti-Communist Church are dealt with. It culminates with the occupation of an empty manor house, which is converted into a people’s hospital. 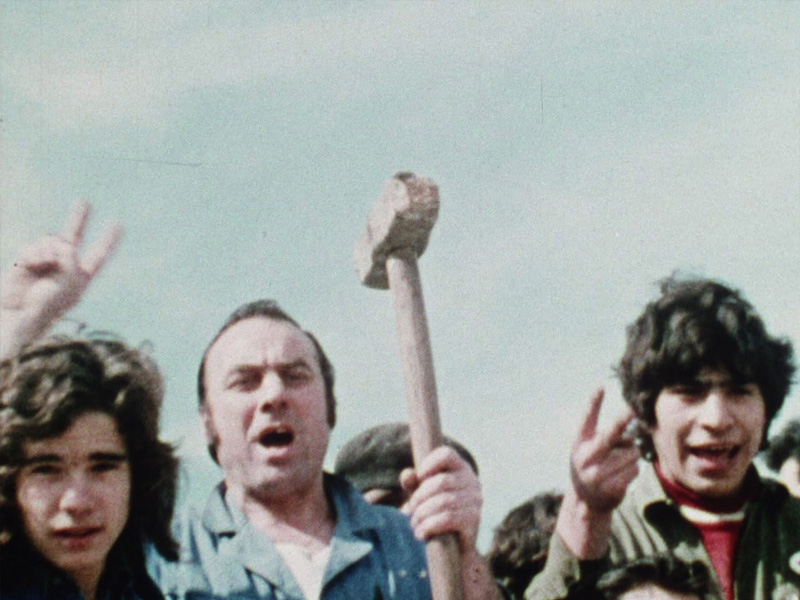 stills and posters from the film