A campaign film supporting the dockers’ fight against redundancy, lay-offs and wage cuts caused by containerisation. The film charts the struggle against ruthless rationalisation, profiteering and land speculation, police harassment of pickets and finally the enforcement of the Industrial Relations Act by the arrest and jailing of the Pentonville 5. A series of massive solidarity demonstrations followed which freed the pickets and effectively destroyed the Act. The film includes footage of police harassment, dockers successfully calling on Fleet Street printworkers to strike in solidarity and the release of the five jailed dockers. 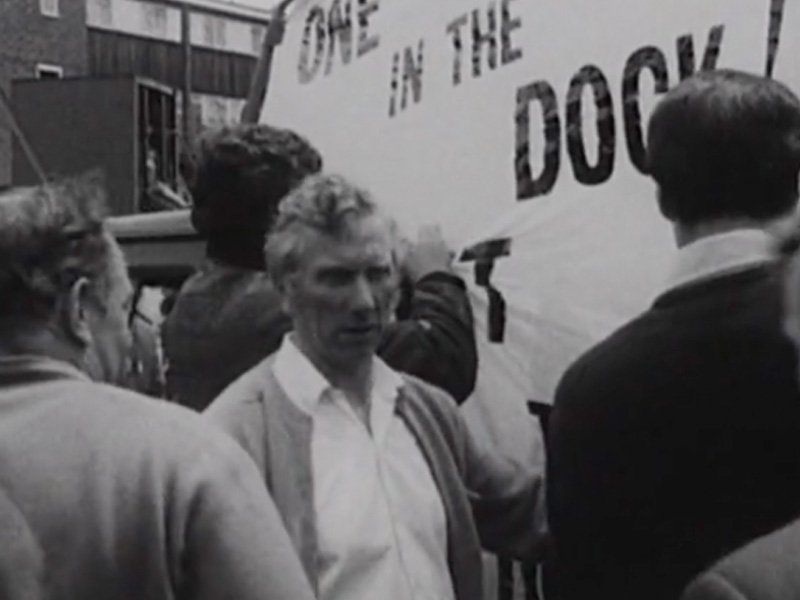