The film documents — from the inside and for the labour movement — the events of the miners’ strike in 1974, as part of the successful opposition against Phase 3 of the Conservative government’s incomes policy.  Industrial action by miners in the winter of 1973—4 helped to bring down Edward Heath’s government. The film covers this crisis but reflects the miners’ historical and political understanding of it, informed by memories of the 1926 General Strike and analysis of the failures of nationalisation and more recent energy and employment policies. 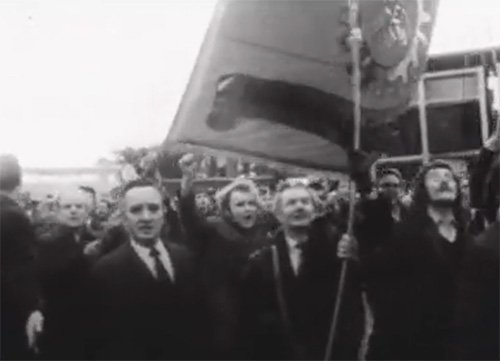