fighting the bill documents the massive trade union and labour movement campaign against the Conservative government’s Industrial Relations Bill. The film includes meetings and demonstrations against the bill and uses graphics, stills and library film to set the conflict in the context of an international fight against capitalism and the long history of trade union struggle in Britain. The case against the bill is put by shop stewards Mike Cooley and Dick Jones from DATA, May Hobbs from the TGWU, Don Cook, Kevin Halpin and Tom Langan from AUEW. 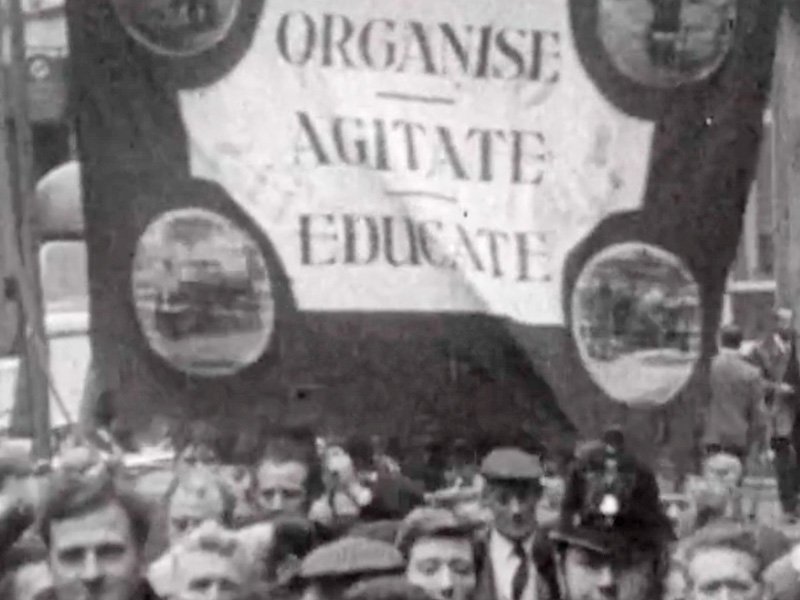